Justin Anis, CFA is the portfolio manager of Lions Bay Fund, a North American equity strategy, for which he won the BarclayHedge Top 10 Monthly Performance Award for in August 2019. After starting his career with Wealhouse Capital in 2008, Mr. Anis managed portfolios for SW8 Asset Management and a family office in Oakville, ON before rejoining Wealhouse in 2016. Mr. Anis has been a CFA charterholder since 2012.

Colin McPherson, CFA is a portfolio manager for Panorama Fund. A CFA charterholder since 2012, Mr. McPherson joined Wealhouse in 2009 from Standard & Poor’s and holds a Bachelor of Commerce degree from Dalhousie University. In his down time, Mr. McPherson is an avid skier and maintains his enthusiasm for sports with basketball and triathlons. 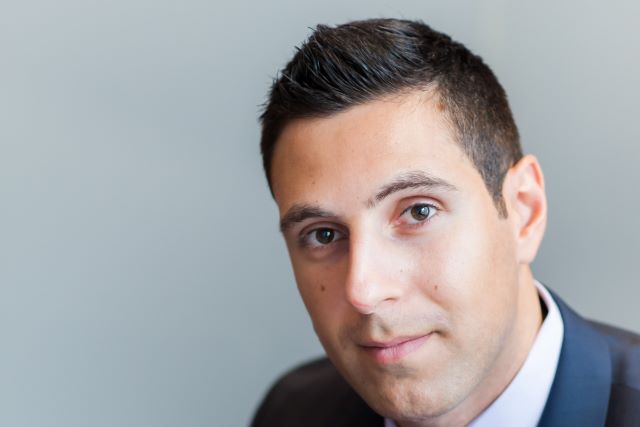 Andrew Labbad, CFA is the portfolio manager of Amplus Credit Income Fund. Mr. Labbad joins Wealhouse after almost a decade at TD Securities, where he was a Director of Credit Trading. A native of Montreal, Mr. Labbad is fluent in both French and English. Mr. Labbad received his Master of Business Administration from John Molson School of Business at Concordia University and Bachelor of Engineering from McGill University.

Scott Morrison, CFA is a Bay Street veteran with over 25 years of asset management experience. Prior to founding Wealhouse as the chief investment officer, Mr. Morrison researched and managed portfolios for notable firms such as Mackenzie Investments, CI Funds, and Investors Group. A keen supporter of philanthropy, Mr. Morrison generously volunteers his time advising various charities and non-profits such as the Centre for International Governance Innovation (CIGI).

Lydia Ching is a founding member of Wealhouse Capital. As the director of operations and chief compliance officer, Ms. Ching oversees the firm’s financial, compliance, and regulatory operations. Prior to Wealhouse, Ms. Ching began her career at HSBC, where she managed key relationships between the bank and high-net-worth clients. Ms. Ching holds a Bachelor of Science degree from the University of Waterloo and is fluent in Cantonese.

Alan Moore brings over 25 years of financial services experience to his role as the director of client services. Mr. Moore began his career in the Isle of Man, where he held positions at Barclays, Fortis, and Bank of Bermuda before moving to Canada via Bermuda. Prior to joining Wealhouse Capital in 2011, Mr. Moore was named Director of Operations at Commonwealth Fund Services. Mr. Moore is a devoted supporter of track cycling and can be often found at a velodrome cheering on Team Canada.

Fei Gao is a senior fund accountant with over 10 years of experience in investment fund accounting and financial reporting. Ms. Gao came to Wealhouse Capital in 2018 from CIBC Mellon. She has held the CPA and CGA designations since 2016. Ms. Gao holds a Master of Science degree in Multinational Accounting and Financial Management from Reading University in the United Kingdom and is fluent in Mandarin.

Chloe Leung is a member of the operations team. As Administrator, Ms. Leung provides on-going support to the Operations and Compliance department. Her sharp business acumen helps the Wealhouse team to perform harmoniously. Ms. Leung holds a Bachelor of Administrative Studies degree from York University with Specialized Honours in Business Research. She has completed the Canadian Securities Course and is fluent in Cantonese.

Andy Marchese joined Wealhouse Capital in 2017 via Citco and FundEx Investments. Mr. Marchese holds a Bachelor of Commerce degree from Ryerson University. He obtained the Chartered Investment Manager (CIM) designation in 2015 and the Fellow of CSI (FCSI) designation in 2020 . As a proud Canadian and true Torontonian, Mr. Marchese is a devoted hockey fan and a staunch supporter of the Toronto Maple Leafs.

Jane Yang joined Wealhouse Capital in 2019 upon her return to Canada. Ms. Yang began her career on Bay Street with TD Securities and BMO Capital Markets before moving to New York City in 2013. She holds an Honours Bachelor of Mathematics degree from the University of Waterloo and is fluent in Mandarin. As a strong advocate for the arts, Ms. Yang is a contributing member at several art institutions including the Whitney Museum of American Art and the Art Gallery of Ontario.